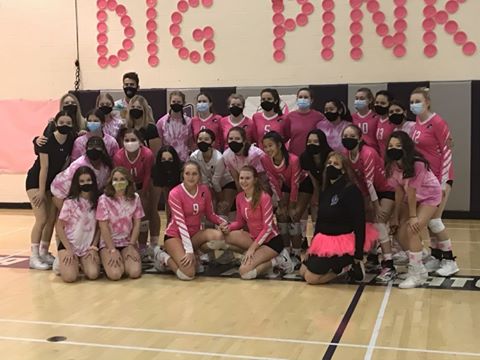 After a year of waiting, preparation, and social media advertising, ACPVB hosted their annual Dig Pink game Tuesday night. Spirits were high, and countless students and parents showed up to support their Lady Knights on the court. The gym was decorated with pink and purple balloons, and the walls were filled with pink signs and decorations. By the time Parker High School arrived with their freshman sophomore team, everything was ready to go. In the foyer, individual player pictures were taped on the wall along with a written note from the players stating what friend or family members they were dedicating this special game to.

Even though JV-B lost their game, they put up a tough fight with Riley Baggot digging absolutely everything on the court and freshman Allie Stearn’s incredible sets.

JV-A swept Parker easily in two sets, keeping them under 10 points as they climbed up to win the game. Sophomore setter and captain Maleah Manansala, a splendid setter, was able to lead her team to victory with her contagious positivity and energy. When asked about thoughts on this year’s Dig Pink, she responded: “I loved this year’s Dig Pink. Although we didn’t raise as much money as we did last year, we still raised a very good amount of money, which is always very helpful. I really love that we have the fundraiser to help the breast cancer patients. I am also grateful for all the people who came to the game to support.” Freshman starter Kendall Story, who is known for her amazing kills, played sensational last night, forming a great communication and connection with her teammates. Players Mia Bonfigt, Ava Sheehan, and Darian Sapergia all killed it Tuesday night with their strong skills and love for the sport. 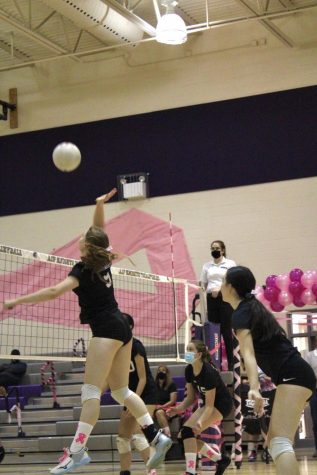 Varsity also was able to beat the Broncos in three sets, with Megan Schildgen’s kills in front of the ten-foot line that made the stands leap up in awe and Hailey Yates’s amazing coverage and ability to move quick on her feet.  Junior outside hitter Kayla Riggs also went in the game multiple times, and her serves and impressive digs had the entire gym on their feet. Amanda Ahyat, sophomore Defensive Specialist, also showcased beautiful serve receive passes and controlled digs the entire night. Her smile was contagious, and she was able to pick up everyone’s mood within a second.

Aliyah Jones, one of the star hitters of the team, also performed extraordinarily well. With her incredibly fast hits and Abigail Goon’s stunning assists, the team was able to climb up the score board shockingly fast.

Juniors Ella Yellig and Julie France put up awesome blocks against the other team, which wasn’t a shock to anyone. As the libero, I am beyond grateful that they were there to block the hits that I could never have gotten. 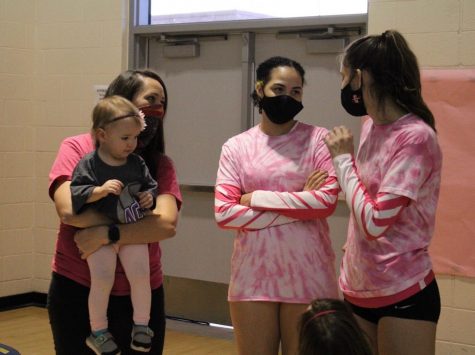 Since this game was the last home game for the girls before they head off to playoffs, I would like to acknowledge the four seniors on the team: Kamryn Padilla, Ellis Jimenez, Wynter Ray, and Shelby Smith.

Shelby played extremely well with her spectacular hits and controlled passing. Wynter, a phenomenal all-around player, and Shelby (who, can I add, is an extremely talented cheerleader as well ) have been best friends for a very long time, and it is unfortunate that yesterday was their last home game. I had the honor of witnessing Shelby and Wynter lead the team as seniors this year, and I hope to be half as talented and amazing as they are when I am a senior. 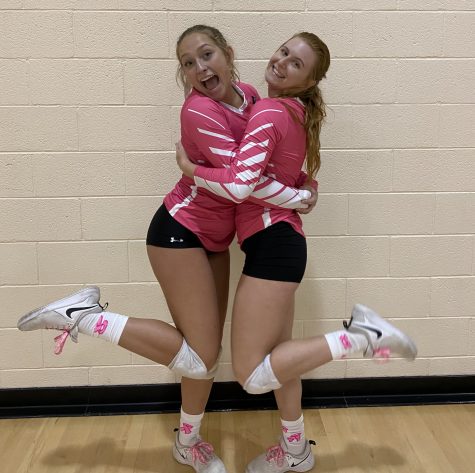 Ellis Jimenez, who has been on varsity for a while, is known for her remarkable hits and peppy energy on the court. When asked about Ellis’s energy and positivity on the court, sophomore setter Abigail Goon answered: “Ellis helped lead the team to victory last night by bringing a positive attitude while keeping a cool head throughout the tight match.”

Kamryn Padilla is also a spectacular player, constantly cheering on her team and bringing the spirits up. Middle hitter Julie France commented this about Kamryn: “Kami Padilla has, without a doubt, significantly taken a lead on all social medias and home-event themes. She has consistently helped with the decorations, posts, and advertisements to promote ACPBV. Taking charge on such a new concept for the program has been extremely helpful and is very difficult to maintain, so we are thankful that her integrity remains strong!” 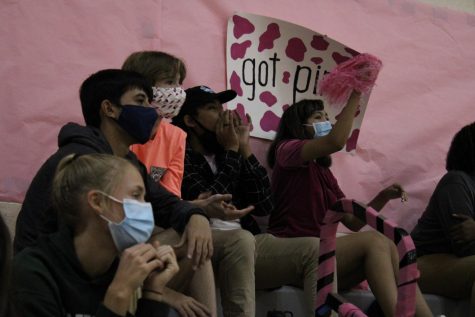 When I say that this team had done everything they could to make the best out of this season, I mean it. They have been through highs and lows and were still able to carry themselves with grace and poise on and off the court. I also want to thank Coach KJ and Coach Johnson for always supporting the players on and off the court in everything they do. Without them, Dig Pink would’ve never been as successful as it was. Much love to our managers Aliyah Farhoud, Tanner Hamblin, and John Kanner. I am looking forward to seeing what our team will be able to bring to this school in the future and to playoffs. Go Knights!