In honor of Black History Month, CUSD’s Department of Equity has partnered with the Chandler Education Association to host a viewing of the film Just Mercy. The film viewing will be this Wednesday, February 5th, 2020 at 6:00 P.M. at the Alamo Drafthouse Cinema.

The movie, based on a true story, centers around African American lawyer and Harvard graduate Bryan Stevenson, played by Michael B. Jordan. Stevenson travels to Alabama to fight for justice for people who face wrongful convictions or who cannot afford a lawyer for their case. During his time as a lawyer, Stevenson confronts racism and prejudice in his battle for justice. 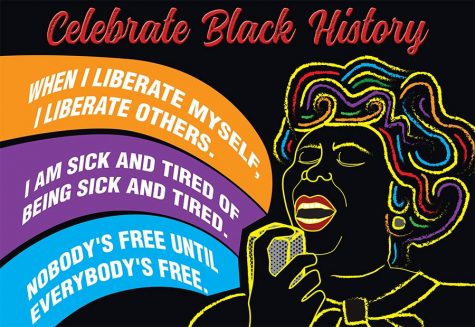 After the film, viewers are welcome to participate in a post-film discussion led by Mr. Paul Kreutz, a history teacher at Perry High School. If you would like to purchase tickets to watch Just Mercy and join in on the after-movie discussion, here’s a link to the Alamo Drafthouse website: https://drafthouse.com/phoenix/show/just-mercy-live-discussion-presented-by-chandler-education-association-cea-.

The Just Mercy viewing is just one of several ways that CUSD is getting involved with Black History Month. In addition, ACP-Erie’s Black Student Union will be playing music during lunch time, posting flyers and posters around campus to recognize influential African Americans, and teaching the student body more about African American history with educational videos. Let’s take a look at how Black History Month has grown into the movement that it is today:

Black History Month dates back to the early 20th century, when Carter G. Woodson and Jesse E. Moorland founded what is known today as the Association for the Study of African American Life and History (ASALH). In 1926, the ASALH sponsored a Black History Week to educate the public on African American history in the form of performances and lectures.

This year’s theme is “African Americans and the Vote”, in memory of the Fifteenth Amendment that gave black men the right to vote in 1870. All in all, Black History Month offers the opportunity to recognize the progress made and the progress yet to come in the movement for equal rights and acceptance of all races.