Adding up the Wins: CGCC’s Excellence in Mathematics Competition 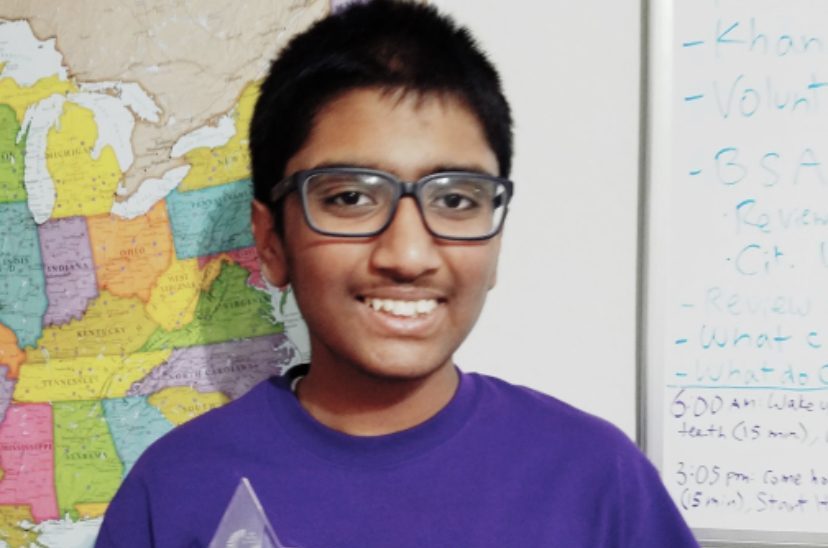 On Friday, November 1st, ACP-Erie’s Math Club hopped on the bus to Chandler Gilbert Community College to attend the annual Excellence in Mathematics High School Competition. Students in grades 9 through 12 from across the Chandler Unified School District participated in the event. There were two different levels of participation: Level I was for students in pre-calculus or higher, while Level II was for students in math classes below pre-calculus.

Freshman Sunny Vakkalanka earned first place at the competition for the Level II division! As well, Taman Truong won seventh place for the Level I division. Notably, Sunny is the third ACP-Erie student in a row to secure the title of first place for CGCC Level II. Sunny was both surprised and ecstatic when he found out that he had continued this legacy. I took a moment to interview Sunny and learn first-hand about his experience at the competition:

Q1: How did you feel when you found out that you won first place for your level?

A1: I couldn’t stop smiling when I found out that I had won. It reminded me of when I had to do a debate during 8th grade, and I basically forgot about the research I had to do for it. On the day of, I had to speak in front of 120 people with no speech — just based off of memory. While I was speaking, my knees were shaking so, so much. I think that’s how I felt when I got the award.

Q2: At the tournament, students also competed in smaller STEM-based competitions. Could you describe your experience with the egg-drop competition?

A2: For the egg-drop competition, I was honestly really exhausted. I just tried to remember a YouTube video I watched about egg-drop projects (shout-out to Mark Rober!!), so I tried recreate that. Sadly, at the end, our egg cracked, and we didn’t win the prize.

Q3: How long have you been a member of Math Club?

A3: I’ve been in Math Club for three months.

Q4: What is the biggest challenge of doing math?

A4: For me, the biggest challenge in doing math is double-checking the work at the end; it takes a lot of time! It’s especially nerve-wracking when I have a time limit.

Q5: What other hobbies do you have, besides attending math competitions?

A5: My hobbies include watching too much YouTube, reading mystery novels, and doing NASA competitions.

Q6:What’s something not a lot of people know about you?

A6: Despite my namesake, I actually hate the sun. I would much rather live in a place where it snows 24/7.

Congratulations to Sunny for winning first place for Level II at CGCC. What an outstanding accomplishment for freshman year!