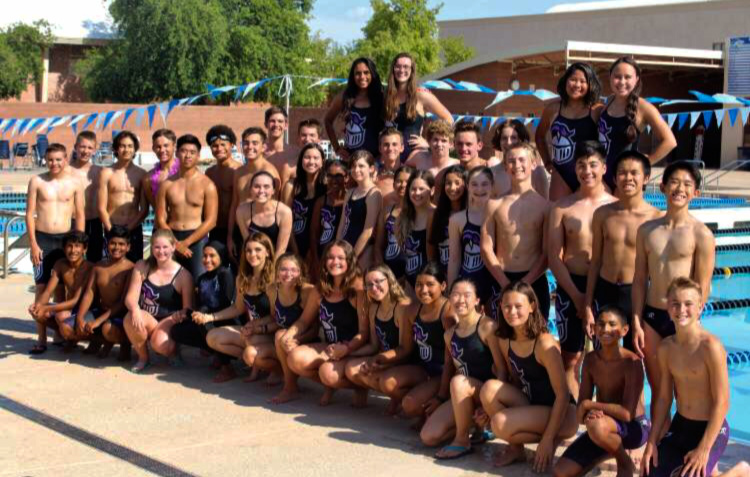 After weeks of intense practicing and facing challenging opponents, our varsity swim and volleyball teams are bringing home victory for our school. Both teams qualified to compete in this year’s state tournaments! Last year, our volleyball team was the runner-up team at state, so it will be exciting to see how they do this year. This Friday, November 8th, girls volleyball will be traveling to compete against Monument Valley in Kayenta, Arizona. ACP’s volleyball team is hoping to see all of their practice pay off at state. 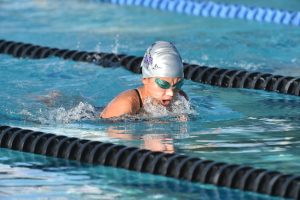 Q1: What was the team’s initial reaction when you all found out about qualifying?

A1: When the day came to hear who really qualified, we already had a state team consisting of those who got a REALLY fast automatic qualification time, or were in good state rank standing. We all sat on the grass and waited in nervous excitement. Our coach went around the circle and named off who had qualified for which event and who the alternates were. There were some individual events the swimmers didn’t even know they had a qualifying time for. The results were not completely expected and a little bittersweet. Since ACP always has swimmers qualify for state, the qualification itself didn’t come as a surprise.

Q2: How much did the swim team practice to qualify for state?

A2: Swim is a six-day-a-week sport. We practice over break, too. After school we begin with a dry land workout at 3:10 P.M., headed to the pool at 4:10 P.M., and leave at 6:10 P.M. Qualifying for state takes commitment beyond this. It requires year-round swimming and years of it. You can’t split your time and energy because every bit is needed to drop every millisecond you can. For the first half of the season, we had Saturday practices from 8-10 A.M. as well.

Q3: What are you most looking forward to about competing at state?

A3: I was actually injured two weeks ago and won’t be competing this year at state. I am, however, still an alternate for our girls 200m relay. We have 13 seniors this year, so a large majority are going for their last time. It’s bittersweet, and they’re just excited to give it their all one last time. The underclassmen going are so talented, but still suffer from pre-swim jitters! They’re excited, no doubt, but a little nervous nonetheless.

Q4: How is the swim team planning to prepare for state?

A4: Preparation consists of what is called tapering. You build up the distance swam at each practice until two weeks before the last-chance meet, and you start to reduce the distance, while increasing the intensity. While we might swim >4000 meters per practice in the peak of our season, we lower it every day until only about 800 meters the day before state.

A5: A swim team consists of individuals who swim in events to place and earn points for the team, like track and field. Not everyone on the team is going to state, only a “state team” consisting of those who have individual or relay times that rank them to qualify, and the alternates.

Q6: What are your concerns (if any) for state?

A6: I honestly don’t have any concerns. I only hope that everyone is feeling it tomorrow. Swim is so mental. Having a bad day during states can mean a second to your time.

When you see any of our volleyball team members and swim qualifiers around campus, be sure to wish them luck at state!