Blast Off Towards a New School Year! 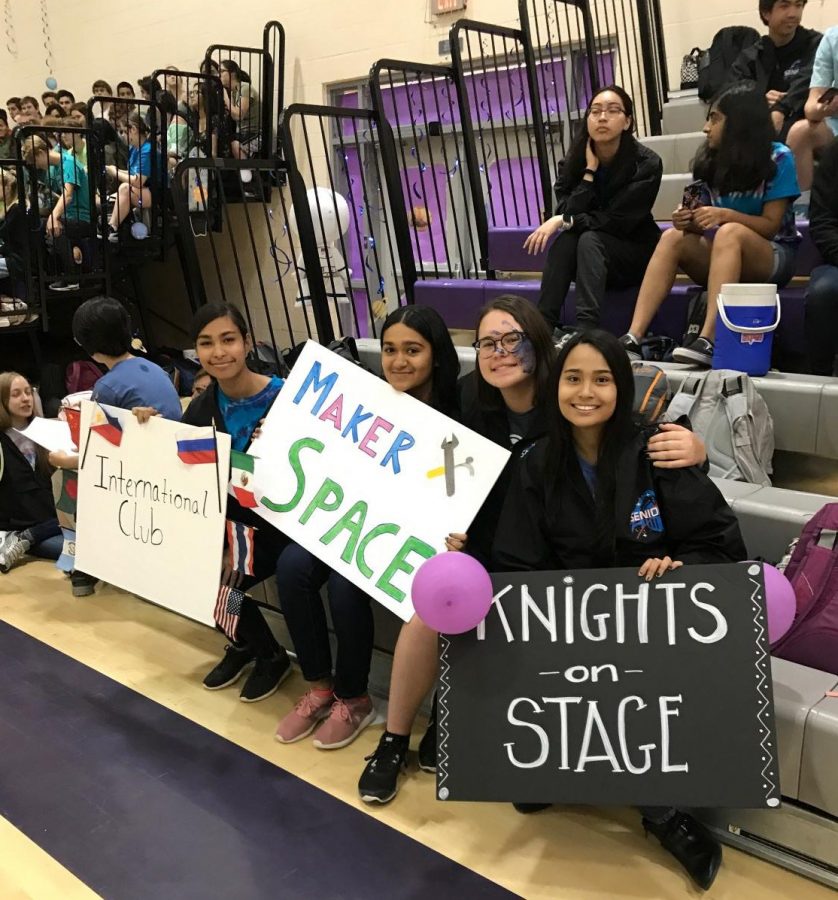 Last Friday, July 26, ACP leaders welcomed students back with a galaxy-themed pep assembly! New and returning students alike experienced the joy of being a part of the Knight community first-hand during the assembly. Planetary decorations, class chanting, and a senior flash mob made this an occasion to remember!

During the assembly, athletes and club representatives introduced students to the many extracurricular options available to them around campus. There is an opportunity for everyone, ranging from volunteering, preparing for upcoming Advanced Placement testing, and participating in sports. The enthusiasm and positivity from the representatives at the assembly could motivate anyone to join their clubs.

Later on, ACP Student Government led a class chant contest, judged by some of ACP’s very own new teachers. Each class had a competitive performance, although, in the end, the sophomore class won the competition.

As well, the search for ACP’s missing student body president, Ahlias Jones, continued from the assembly that took place on the first day of school. Through participating in human bowling, a rocket-building game, and a planetary obstacle course, students successfully located the missing president. In celebration, the senior class performed a flash mob!

The assembly ended with a motivational speech from Student Body President Ahlias Jones. Reminding students to embrace the senior class motto “2020 Vision”, Ahlias inspired the ACP community to work together to determine their vision for the future. All in all, the pep assembly was a fun way of ending the first week of school on a positive note.