The House of Laurent 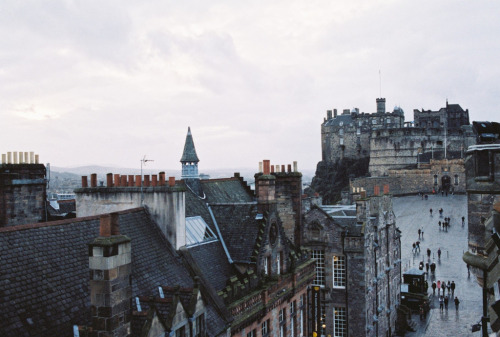 In the House of Laurent, there exists three secrets. They sit buried under the creaky floorboards of the estate’s dusty attic, hidden under the browning folds of a century-old envelope. A birth had slipped the scraps of paper soaking with secrets into a freshly-stamped envelope, and a kiss goodbye had sealed it away under the weight of chipping wood.

When Alouette Laurent was ten, her mother moved her into this dusty attic, where the paint was slowly peeling off the walls and the windows struggled under the grip of plywood. On a bright Monday morning, Ms. Laurent led Alouette and the little girl’s yellow cat up the rickety stairway, pulling her the ends of her skirt away from her daughter’s attempts at grasping them. She ignored Alouette’s small exhausted huff as her little legs struggled to keep up and maneuvered her hand out of reach when Olive moved to hold onto it.

Trembling slightly at the way the shadows danced in the dim light of the hallways, Alouette followed her mother and held her arms to her chest, having given up on receiving comfort from her distant mother. Winnie the cat, who had been trotting behind her, let out a squeaky meow as he walked a bit faster to brush the length of his soft side against her calve.

After what appeared like a thousand hours, Alouette reached the end of the hallway and was faced with looming arch of a mahogany door. Her mother slipped a silver key out from her coat’s pocket and twisted it into the rusty doorknob. With a push on the knob, the door opened with a deep whine, and Alouette found herself staring into a small room with a single bed placed at the right end and a wide dresser on the left. The floors were brushed with a slight layer of dust, and splinters poked out from the ceiling. To the farthest side of the room, black fabric covered a large pile of objects Alouette couldn’t identify.

While Alouette was occupied with examining the room, Ms. Laurent took a moment to glance down at her and instantly regretted it. She turned away from the sight of her daughter’s face, away from the reminder of dawns dancing in the kitchen and nights falling asleep to soft piano music, and away from the evidence of her loss.

She crouched down to little Alouette’s height and lightly touched her cheek.

“Alouette,” she murmured, “Grandmama and your Papa’s family have come to stay with us for awhile. You’re going to sleep in this room for now, alright? Take care of it, my little bird.”

Ms. Laurent tried for a smile, which, to Alouette, turned out more like a grimace and brushed a red curl from where it had fallen loose from the band around Alouette’s braid, tucking it over the curve of her ear. She spent a moment to admire the striking resemblance her daughter had to the man who had loved and left her. Long gone, he had left her and stolen almost everything of him from her, only leaving behind a daughter she had no idea how to care for and weathered tokens that she could barely stand to be in presence of without her heart twisting into knots.

Oblivious to her mother’s woes, Alouette peered up with pale brown eyes, wide with love and trust, and all Ms. Laurent could think about was how scared she was to do this alone.

If only we had more time.

“Take care of it, my little bird,” Ms. Laurent repeated and placed the silver key onto her daughter’s palm, which caused Alouette to frown before gingerly grasping it. Ms. Laurent took a deep breath before saying, “Mother’s going away for a little while. I want you to be a good girl while I’m gone. Lock the door whenever you leave this room, and avoid speaking too much with anyone. Keep your head down low until I return, okay?”

Alouette opened her mouth to reply—to say, “Of course, Mother. Anything for you, Mother”—but her mother quickly stood up and moved back before any words could leave her mouth. Instantly, she missed the warmth of her close presence.

With slight nod, Ms. Laurent let out a wobbly goodbye and hurried out of the room, picking up the ends of her skirt as she went. The hallway seemed to hiss at her when she firmly shut the door, almost upset with how ready she was to burden her daughter with her absence. She wished she could scream at it to say that she knew it was wrong for her to leave—that she was sorry she couldn’t have been a better mother—but time had already been delayed far too long.

Now abandoned by her mother, little Alouette shivered as cold air flooded from the vent and picked up Winnie, who let out a small squeak. She stumbled backward and onto her bed, huddling on the side of the bed with her back pressing into the wall’s corner and Winnie squished against her stomach from the tight embrace she had around him. Despite being turned into a living stuffed animal, Winnie purred and licked her hand, calming the anxiety that had been building up after the door had closed, and her mother had disappeared.

However, even with the comfort of her loving cat, Alouette couldn’t help but want to cry. The ceiling was so high, the room was too big, and her mother hadn’t cared anything to give her one last hug. Now, all she wanted to do was burrow under the covers and cry until her voice was hoarse and her ears stopped ringing.

But she didn’t. “Laurents do not cry,” her mother would scold and her mother was always right. So, little Alouette choked back a sob and stopped her sniffles. Instead, she slid of the bed and knelt down beside the bag her mother had made her pack when she showed up at Alouette’s old room.

As Alouette busied herself with pulling out the clothes she had hastily shoved into her bag, the black fabric that was covering the mysterious pile on the other side of the room slowly slid down, falling little by little before landing onto the floor into a small heap. Unusually, Alouette didn’t notice.

Winnie’s ear twitched as the cat lied on the bed, sharp eyes focused on the presence of a strange something invading on his territory. He mewled, letting out a strangled meow, for Alouette’s attention. 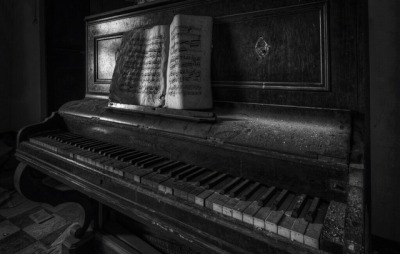 Startled, Alouette turned to see what was making her cat so fussy and was faced with the sudden sight of a piano. Letting out a airy gasp at the beautiful instrument, she dropped the trousers she was neatly folding. She had never seen a piano with such pretty carvings and shiny keys before. Captivated, she stumbled over to the piano and touched the ivory keys lightly before gently pressing down on one of them. The loud pitch emitted from the high C note triggered a brief moment of recognition, causing her to stumble back in surprise.

Lounging drowsily against a pillow, Winnie watched as his human began to press the same key over and over again, her mouth twisted into a deep frown.

Unbeknownst to the little girl and her small, yellow cat, the three secrets haunting the House of Laurent twitched in anticipation as they waited for the family’s heir to finally let them free.