Speech and Debate Wins at the Winter Trophy Tournament 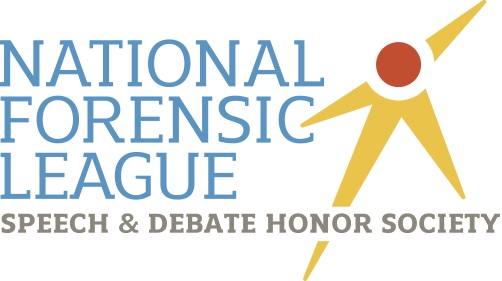 Speech and Debate once again proves how extraordinarily talented it is when the team competed during the Winter Trophy Tournament at ASU. From delivering powerful speeches on social issues to arguing against other renowned debaters on the importance of government situations, this team can do it all. There are no limits to the team’s creativity and dedication, and it is no wonder the team triumphed against other schools in the state.

At the awards ceremony, the teams of Yoojin Han and Shannon Mckenna, Skylar Hudson and Ananya Lakhotia, Yibo Chen and Maddie Rumsey, and Connor Kantrud and Tej Patel all closed-out in first place for Novice Public Forum Debate. In Novice Lincoln Douglas Debate, Zoe Soderquist and Morgan Applegate each closed-out in first place. In Varsity Public Forum Debate, the team of Sharmila Nimbkar and Damien Rivera placed in 3rd, and in Varsity Lincoln Douglas Debate, Parsa Armini placed in 3rd.

Speech and Debate also won the Tournament Championship as a team and took home the Pat Connell Memorial Trophy, which is awarded to the team that accumulates the most points in Congress Debate, Lincoln Douglas Debate, and Extemporaneous Speech combined.

When I heard of the Winter Trophy Tournament, I had no doubt that ACP’s Speech and Debate team would conquer the competition. After hearing of the team’s win, I decided to interview two Speech and Debate members—Zoe Soderquist and Yoojin Han—to learn more about the tournament experience.

Q: What event did you compete in?

A: I competed in Lincoln Douglas Debate, and the topic was that in a democracy, the public’s right to know ought to be valued above the right to privacy of candidates for public office.

Q: What was your favorite moment during the event?

A: My favorite moment was when both my friend and I closed out finals because that was the first time that has ever happened. It was amazing.

Q: How did it feel to place in the tournament?

A: I placed a few times before, but in this tournament I felt amazing because getting first was something I’ve been waiting to achieve for a while, so it felt way better than the other times.

Q: What event did you compete in?

Q: What was your favorite moment during the event?

A: It was probably during the awards ceremony, because, although we knew ACP closed-out, we did not the ranking of each partner debate. We didn’t expect to get first out of our team, so it was definitely cool that we did. During the competition, they also posted who won the rounds, so when we found out we were going to finals, I felt so happy. It was one of my favorite moments.

Q: How did it feel to place in the tournament?

A: It felt different. In the other tournaments, my partner and I have always ended up placing second or third, but we always dreamed of placing first and winning finals. It felt surreal. We didn’t think it actually happened.

Our Speech and Debate team has grown tremendously over the past years, and we are incredibly proud of all the hard work the members have accomplished. Keep up the amazing job, Speech and Debate! We wish every competing member luck in future tournaments.