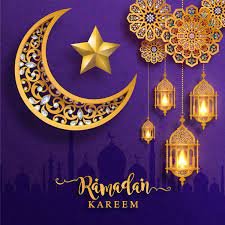 Many of us are aware about the numerous amount of Christian holidays that are celebrated during the year, like Christmas and Easter, and while they should be celebrated with a religious intent by people of that religion, holidays from other religions should be learned about since they are integral in that culture’s heritage and tradition. One holiday is Ramadan, an Islamic holiday that is celebrated on the ninth month of the Islamic calendar. It’s observed by Muslims all around the world through fasting from sunrise to sunset, prayer, and reflection. It aligns with the Five Pillars in Islam: Declaration of Faith, Prayer, Giving, Fasting, and Pilgrimage. The holiday lasts 29 to 30 days based on the sighting of the crescent moon. But, what’s the history behind Ramadan?

Like the Bible, Muslims also have a holy scripture which is called the Quaran and tells them what they need to do to get closer with God or Allah. By fasting, including water, and abstaining from sexual activity, it is believed by Muslims that it helps them-which is one of the Five Pillars-to bring them closer to God, giving thanks and reflecting on the teachings of the Quran. You are only exempt from fasting if you are pregnant of breastfeeding, menstruating, diabetic, very ill, or travelling long distances (INews). Along with fasting, Muslims are expected to restrain from violence, anger, envy, lust, and greed. However, before the fast begins, they wake up before sunrise and eat a large meal in preparation called the Sahoor before engaging in the day’s first session of prayer, known as the Fajr. 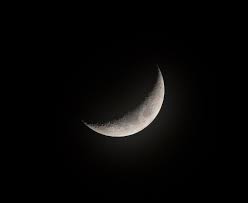 After sunset takes place Iftar, which allows families to break the fast together and eat together, the opening meal includes dates to acknowledge the Prophet Muhammed’s practice of breaking the fast with three dates. Traditionally, Iftar takes place in a buffet style, with the entire community eating together, with mosques hosting their own Iftars for the community. Devout Muslims usually pray five times a day, which puts more importance on Ramadan. Other than fasting, Muslims also partake in charity, nightly prayers, and recitation of the Quaran. Mass prayers also take place during Ramadan in mosques.

There are five daily prayers on Ramadan: Fajr, Zuhr, Asr, Maghrib, Isha. Fajr, as stated earlier, is observed before sunrise, Zuhr is observed after noon, Asr is observed in late afternoon, Maghrib is observed after sunset, and Isha is observed at night. During the last ten days of Ramadan, and generally believed to occur on an odd-numbered night, is when Laylat al-Qadr takes place, which is known as the holiest night of the year. However, another branch of Islam called the Dawoodi Bohra believe that Laylat al-Qadr was the twenty-third night of Ramadan (Wikipedia). The end of Ramadan is known as Eid al-Fitr or Eid for short, and it also marks the beginning of returning to the natural disposition of eating, drinking, and other pleasures that are condemned during Ramadan.

This traditional holiday in Islam is very important for Muslims, so please be mindful and aware of it. There are also plenty of articles on the internet that talk about how to fast without doing any harm to the body, as well as more information on Ramadan. So, while many might be celebrating other religious holidays, there are also many people observing Ramadan. In conclusion, Ramadan is a very integral part of the Islam religion, so make sure that you’re well-informed about our many ACP families celebrating this holiday. Ramadan Mubarak!