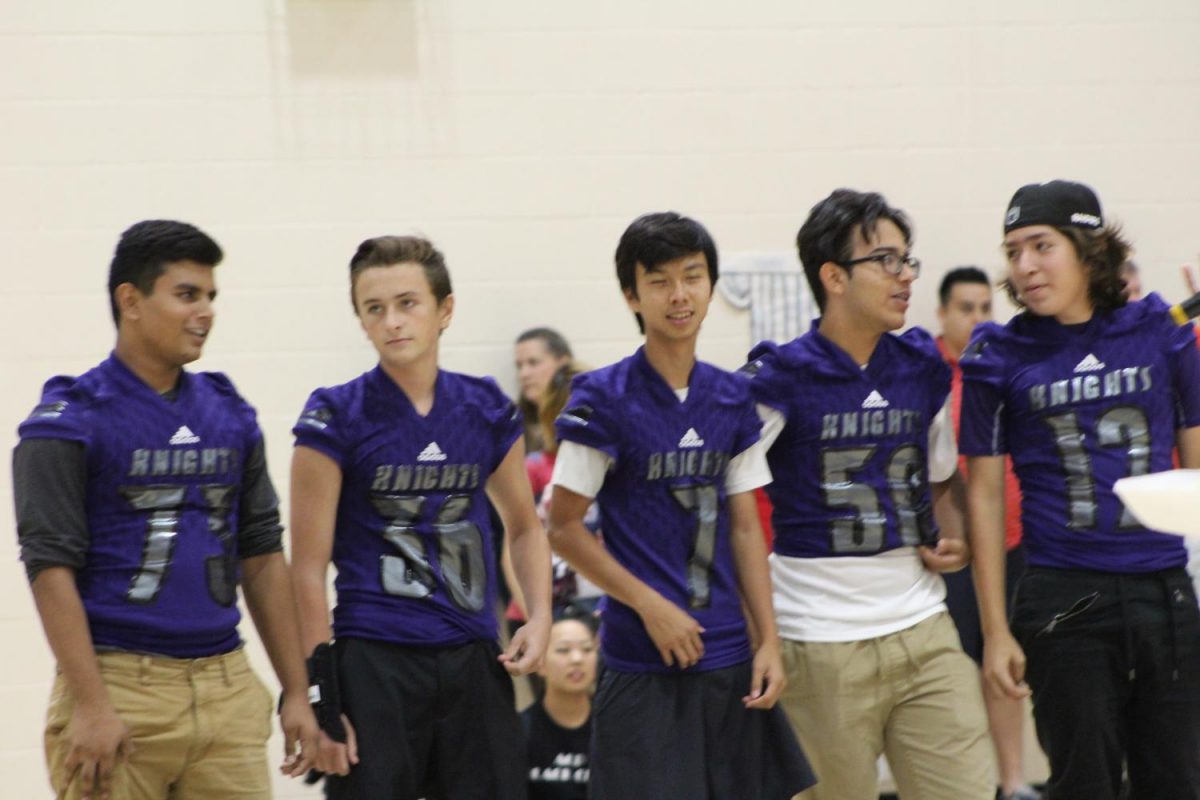 The Knights returned home following their two road games looking to put together a second straight win to move within one game of .500. The Griffins of Glendale Prep arrived looking to secure the second win of their season in their sixth game. The ACP faithful packed the stands at Andersen Junior High to witness the first Homecoming football game in ACP history. The Knights underperformed in all areas, falling to Glendale Prep 42-7. 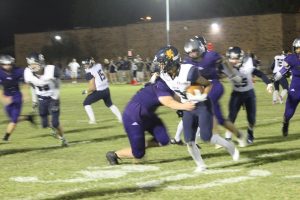 Despite another blowout loss at home, there was some good that came out of this game.

Junior running back Habi Ortiz provided the offense for the Knights early, rushing for a 48-yard touchdown to trim the Griffins lead to 28-7 in the second quarter.
Despite trailing 34-7 at halftime, the Knights continued to fight and give the home crowd something to cheer about. The defense was able to slow the relentless running game of the Griffins, only allowing 8 points in the 3rd quarter.
The defense’s second-half success can partly be attributed to the offense’s ability to run the ball in the second half. The Knights began to run the ball in the second half with numerous wildcat runs to drive down the field. Although they didn’t score, the running game was able to keep the Knights offense on the field for longer periods of time, allowing the defense some time to rest and figure out the Griffins’ offensive attack.

The Knights defense failed to live up to heightened expectations after only allowing 30 total yards to Scottsdale Prep the week before. Only two plays into the game, the defense’s seven-quarter scoreless streak was snapped on a 49 yard run into the endzone to put the Griffins up 6-0 early in the first quarter. The Griffins’ relentless rushing attack appeared to keep the Knights defense guessing all night long.
The offense, who had scored 3 rushing touchdowns the week before en route to a 25-0 victory, appeared to almost completely abandon the running game in the first half. This prevented the Knights from getting a rhythm offensively to sustain drives and score. Instead, the Knights offense tried to use the passing game early in hopes of gaining large chunks of yards to get down the field. Outside of the 48-yard rushing touchdown, the running game was almost nowhere to be found in the first half. The second half would prove to be better for the Knights offensively.

Both sides contributed to the numerous penalties and turnovers which occurred.

There were 17 total penalties called in this game. Although there were a few questionable calls made, penalties continually cost both teams opportunities to score. The Griffins had 10 penalties in this game, including two key holding penalties that negated two large touchdown runs.
Turnovers also played a factor in this game. There were three turnovers committed by both teams. The first coming late in the second quarter on an interception thrown by ACP. This turnover didn’t result in any points by the Griffins, but it did squander an opportunity to score and get back into the game going into halftime. Instead the Griffins were able to hold onto a 34-7 lead at halftime. In the third quarter, the Knights defense was able to force a fumble. However, this turnover would end up being for nothing as two plays later, the Knights fumbled on a running play. This turnover would result in no harm for the Knights, but the same cannot be said for the third turnover of the game. An interception deep in ACP territory resulted in a Griffins score to put them up 42-7 late in the 3rd quarter. 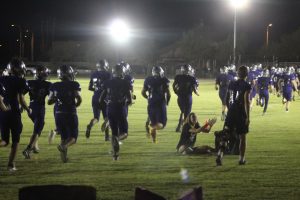 The Knights will look to bounce back into the win column next Friday as they take on the Rams of Antelope Union High School. This game will mark the beginning of the second half of the season, which will be a test for this Knights team. The remaining schedule for the Knights features a road game on October 6th against the currently 4-1 San Tan Foothills Sabercats and the final home game October 20th against the 4-1 Titans of Chandler Prep. Be there in your Hawaiian attire on Friday, September 29th at 7 P.M. to cheer on your Knights as they attempt to make a push for the playoffs.