Knights in the spotlight: Juneau Kim 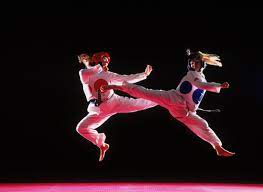 Martial Arts is an art form that is as old as time itself, with various subcategories within subcategories, one such category being Taekwondo, a Korean style based on punching and kicking. Taekwondo is one of the oldest forms of martial arts and one of seven martial art competitions in the Olympics, and one of our Knights is a recent champion in a tournament, Juneau Kim. The following questions are from an interview we had with him.

Q: How long have you been doing Taekwondo? How did you get into it?

A: I’ve been doing Taekwondo for about ten years now. My dad brought me into it when I was young.

Q: What events did you participate in? What are some other events in the tournament and what are they like?

A: I did Sparring 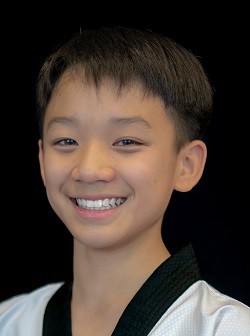 and Form, and won in the Form category. Sparring is where you hit your opponent, and different points on the body are worth different amounts of points. The Form category is where you show off the motions of different moves in Taekwondo. There are also Weapons and Freestyle. Freestyle and weapons are very similar to Form and Sparring respectively, Freestyle lets you make your form unique to you and scored on how well it’s executed and Weapons is like sparring, where you try hitting your opponent on certain body parts, but with weapons like nunchucks this time.

Q: What put you above the rest in the tournaments?

A: I think what let me win is my dedication; I spent every day I could practicing my forms, which it was rigorous, but I think all that practice was worth it.

Q: What do you love about Taekwondo?

A: I love the competitive aspect of it. Yu see the same people multiple times usually in the same categories as last year, so it builds up a bit of a rivalry between you and them.

Q: Are you going to participate again next year?

A: Yes, I will keep on going and participating until I can’t anymore.

We can’t wait to see where Juneau goes next. We want all of you in ACP High to follow your passion, do what you enjoy, and be successful like Juneau. So remember, to strive for the impossible and be extraordinary!