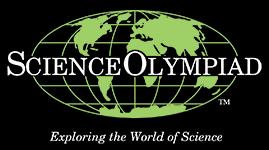 Science Olympiad is an American team competition in which students compete in 23 events, including earth science, biology, chemistry, physics, and engineering. Over 7,800 middle school and high school teams from 50 U.S. states compete each year. There are multiple levels of competition: invitational, regional, state, and national. Invitational tournaments, run by high schools and universities, are unofficial tournaments and serve as practice for regional and state competitions. Teams that excel at regional competitions advance to the state level- the top one or two teams from each state then advance to the national level. Winners later receive several kinds of awards, including medals, trophies and plaques, as well as scholarships.

Today, we interview one of the members, Niharika Abbaraju, about their team and the tournament.

Q: Could you explain to us in more detail about Science Olympiad? How was the team made?

A: Science Olympiad is a group of individuals that competes in various events that involve
either knowing factual information or applying skills learned in science. The teams were
made based on each individual’s interests, and each sub-team has two individuals
competing per event. For example, I competed with fellow member Sohani Sandhu in
the Anatomy and Physiology and Disease Detectives events.

Q: Did you expect to do well in the regional competition? How do you think you will do at state?

A: To be completely honest, I wasn’t sure how well we would do in the regional competition
since we did not know what to expect. However, I think we did really well for it being our
first time participating in the Science Olympiad! I believe we will do well at the state
competition as well.

Q: How did regionals go? How did it work? Was it virtual? What did your team do?

A: The regional competition was an interesting experience, as it was completely virtual. My
competitions involved answering basic questions but also analyzing case studies and
diagnosing patients based on the symptoms presented in the question. There was a time
limit so we had to work quickly in order to answer all the questions.

Q: Personally, which is your favorite field of science and why? Are there any other fields that intrigue you as well?

A: My favorite field of science is biology, with a focus on neuroscience and molecular
biology. I also enjoy immunology/anatomy and physiology because they approach
science in a macro-level but also have numerous practical applications in medicine.
Biology, in general, is a field that is so vast and intricate, and it intrigues me that there are
still so many unanswered questions which we hope to research and answer in the future.