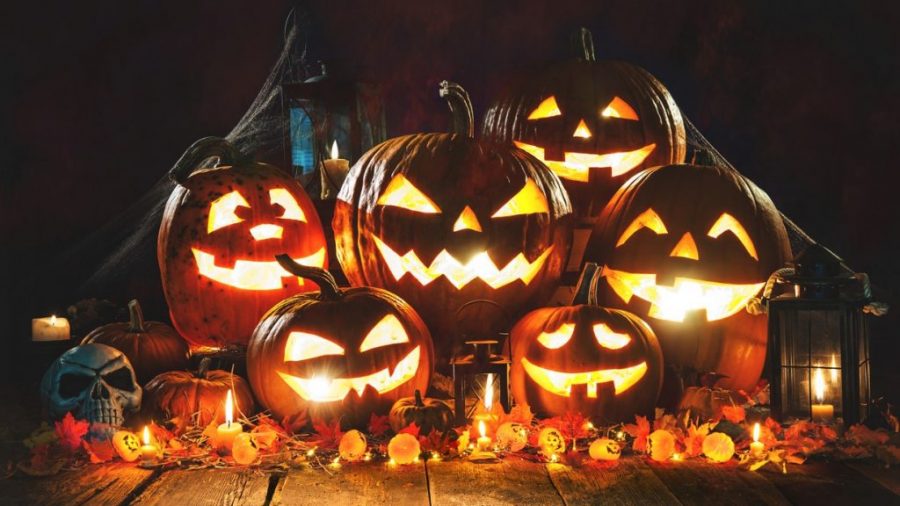 With Halloween coming to a close, it is always a fun time to review the costumes people wear and what their inspiration is. The creativity of some of the costumes that were worn by students and by teachers is quite astonishing and really puts a smile on your face. The ideas some of the students and even teachers came up with and decided to wear were interesting to see. First, we asked math teacher Mr. Montano and Sophomore Will Vannasap about their costumes and how their Halloween went.

Q. What was the inspiration behind your costume?

A. The inspiration behind my costume comes from watching the series Stanger Things.  My son got into the show and then told my wife and me about it, so we started watching.  It took me a while to really get into it, but by season 2, I was hooked.

Q. Do you think your costume was easily recognizable?

Q. Did you see anybody with the same kind of costume as you during the day or at all?

A. I did not see anybody with the same costume as me anywhere at all.  Although I did have a kid come up to me on Halloween night and tell me, “You’re Steve, I was that LAST year”.  So, I guess I’m behind the times.

Q. What is your favorite Halloween candy?

A. My favorite Halloween candy is Sweet tarts and Reese’s, no question.

We then asked Sophomore Will Vannasap about his Halloween and his costume, this is what he has to say:

Q. What was the inspiration behind your costume?

A. The current Corona Virus Pandemic that is effecting everyone was my inspiration. I dressed as a plague doctor because they were around to cure the Bubonic plague long ago, and they could potentially see a return.

Q. Do you think your costume was easily recognizable?

A. Yes, the plague doctor is easily recognizable and has a one-of-a-kind facepiece that goes along with the long coat usually worn.

Q. Did you see anybody with the same kind of costume as you during the day or at all?

A. I did not see anybody else with the same costume as me at school or out in public that I saw. However, people did comment on my costume as it is quite a recognizable costume historically speaking.

Q. What is your favorite Halloween candy?’

A. Twix is definitely my favorite Halloween Candy.

It is good to see the Knights embracing the Holiday spirits at school and showing their school pride. Stay safe Knights and remember to strive for the impossible and be extraordinary.